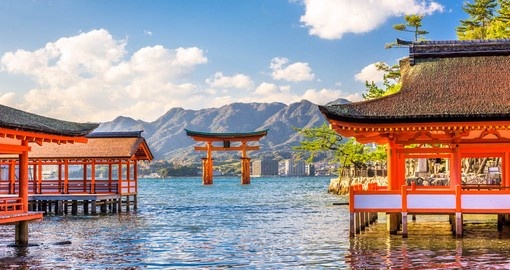 As we all know Japan is an amazing land to visit in the world. Throughout plenty of destinations, Island of Miyajima takes a special place. It is very famous for its orange colour Torri Gate. Upto now the entrance for this island was free. But now the new mayor has decided to charge 100 yen per a visitor as a tax. 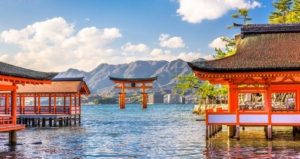 Actually, the island is situated in a short ferry ride away from Hiroshima. So, it is a popular day trip spot for visitors as they can capture artistic pictures for their memory album.

The specialty of this island is that the Torri Gate and Itsukushima Shrine appear sunken in water at high tide. Actually we have seen amazing pictures of the both situations of these places (Sunken and not sunken). So, many photographers are attracted to take photos of sunrise and sunset views with the Torri Gate.

About the new tax

100 yen per person means around 1$ per person. Even this is a small amount per person; it would be a great income for the Island Miyajima. As about 4.31 million people visit annually, they would surely get a huge income. But the problem is when compared with the population of this island (1600), this income is going to be very huge. 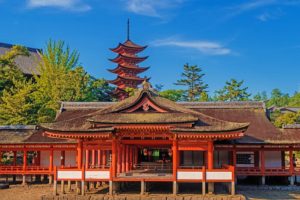 New mayor of Hatsukaichi city in Hiroshima is going to use this tax strategy to improve the infrastructure for the tourism industry. Improving ferry service, preserve the environment and improve the waste management process in the island are top expected tasks.

The mayor has addressed about this island to media after winning the election as follows. “The island needs maintenance and repair work, including placing power lines underground and repairing roads; I’m focused on introducing the tax as a stable source of income.” A Japanese News Paper has mentioned the above statement.

Before his decision, this tax proposal was also suggested in 2008 and 2015. But it was abandoned for some reason in both times. However, now they have decided to introduce the tax in 2021. So, a committee set up by the city discussed methods for collecting the tax. (The methods such as by adding it to fees for ships taking visitors to Miyajima island and entrance fees for tourist facilities on the island).

And the tax could be collected as an additional fee on the ferries from the mainland to island’s popular tourist attractions.

Other taxes in Japan for tourists

In Okinawa prefecture, four islands have added a tax to the price of their ferry rides. They say it hasn’t affected tourism rates. However much of the revenue is from locals who use the ferry to commute to the mainland.

Earlier in this year (2019), the Japanese government introduced a “Sayonara Tax”. It is for anyone who buys a round trip ticket to the country will have to pay extra. That tax is about $9 per person and goes towards supporting Japan’s tourism infrastructure.

Tax in Europe and Asia

On the other side, starting from 2020, Amsterdam will have the highest tourist tax in Europe. It is about $3 per person per night. And when comes to Asia, in Bhutan, tourists are charged between $200 and $250 per day. But that fee covers their accommodation, transportation, guide and food.

Locals’ Opposition for the tax

However, Matsumoto (new Mayor) faces some local opposition and a full-fledged discussion as the city has twice given up plans to enact an entrance tax. One woman who lives on the island says, “(The tax) won’t bring any positive benefits.” So, the mayor needs to discuss with locals and show them the benefits first.

Things to do in Osaka: The Complete Travel Guide