Apart from the dozens of palm-shaded stunning beaches, this island has the ruins of past West Indies and, on the other hand, luxury hotels. Therefore, it attracts tons of tourists annually. Here’s the ultimate travel guide for Tortola, British Virgin Islands.

Is Tortola a country? 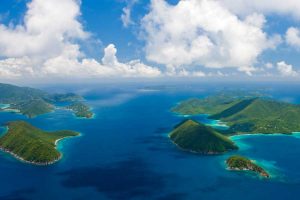 If someone asks whether the British Virgin Island is a separate country or under the UK government, then here’s the answer.

It operates as a parliamentary democracy. But the ultimate executive authority is in the hands of The Queen. And the Governor of the British Virgin Islands is taking the relevant actions on behalf of her. And that governor is appointed by the monarch or The Queen by taking the British Government’s advice. Therefore, the British Government handled the major aspects like defense service and foreign affairs under their constitution.

The most important part is that this archipelago’s citizens consider as the citizens of the British Overseas Territories Citizens. And after 2002, they got full British Citizenship. But yet, it is neither directly subjected to the European Union law nor a part of the EU. (Tortola British Virgin Islands)

The Virgin Islands consist of four major islands. They are Tortola, Virgin Gorda, Jost Van Dyke, and Anegada. And also there are fifty other small islands and cays. All of those are not inhabited. But around 15 are inhabited.

Out of all, Tortola is the largest one. And it is the home to the Virgin Island’s capital Road Town. Tortola extends for 20km long and 5km wide. Out of the total archipelago population of 27,800, around 23,000 live in Tortola. And the highest peak (Mount Sage) of the island is at 543m. Also, Tortola faces common minor earthquakes due to its location near an earthquake fault.

The meaning of Tortola is “The Land of Turtle Dove.” And it was named by Christopher Columbus, the Italian explorer. (Tortola British Virgin Islands)

Locating on the east side of Puerto Rico, the British Virgin Islands extend by connecting the Atlantic Ocean with the Caribbean Sea. But, it mostly has a subtropical climate, just like the Caribbean countries. So, you’ll find plenty of awesome hotels to spend a unique holiday.

If you are looking for the best hotels in Tortola, just search here. You can find any hotel for your budget.


What is Tortola known for?

Tortola is the largest island and the capital of the British Virgin Islands. And it considers as a commercial hub as well. And as a vibrant hub of the financial and government sectors, Tortola earns more capital from the tourism industry. Since it is the gateway to the whole archipelago, many luxury yachts and cruises are attracted annually with plenty of tourists.

So, Tortola is mostly known for many beach activities, water activities, hikes, and party things since it has the optimum climate for all those things. (Tortola British Virgin Islands)

Tortola has a maritime tropical climate with high temperatures throughout the year. Actually, it is blessed with the Caribbean climate. Since the waterfall levels are low, there are basically two seasons. They are wet and dry.

The dry season exists from January to July. The temperature varies from 21 to 28 Celsius. And the rainfall is very low while the daytime exists for long hours. Therefore, Tortola and other islands are the best time to travel from January to April as both temperature and rainfall are low. (compared with other months.

The wet season starts in August and exists until December. The rainfall increases and becomes to its peak in October and December. Mostly in the half of the day, it gets rainfall. So, storms are frequent. And there’s a probability of hurricanes occurring. So, it is not recommended to travel in this season to any of the BVIs.

Even the temperatures are higher than the dry season. The ocean water temperature comes to its peak in September and October (around 30 Celcius).

Things to do in Tortola British Virgin Islands

Tortola is the gateway to the British Virgin Islands Archipelago filled with stunning beaches, colorful marine lives, hilly landscapes, and some past ruins. So, here are the best things to do in Tortola when you are on the Virgin Islands tour.

Locating at the westernmost part of Tortola, Smuggler’s Cove Beach is a secluded and remote one. Therefore, you cannot see a busy resort surrounding by a lot of tourists here. That’s why I love this place more. And while you are experiencing this peaceful environment, it offers some other spectacular chances too. (Tortola British Virgin Islands) 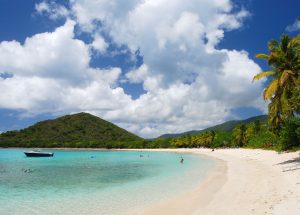 Like great snorkeling opportunities with sea turtles just nearby the shore, this beach is sheltered with trees. The only negative point regarding this place is accessibility. It isn’t easy to travel due to its unpaved road. But, I don’t think you should wait due to just a road. Because it is totally worth visiting this warm and clear water containing

Cane Garden Bay Tortola is one of the most popular places. Its shape is like a crescent with having crystal blue water in the bay. Surrounded by lush green hills, the water inside the barrier reef is protected from the wind. And the beach is a little busy with several anchored boats. (Tortola British Virgin Islands) 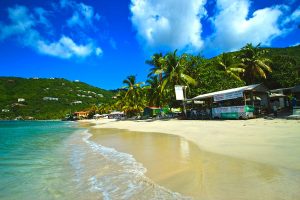 The beach offers you the chance to snorkeling and water sports as well. Sailing, cruising, and fishing like water activities are famous here. Not only that, but the enjoyable evenings with island music also will make your journey more unforgettable.

And it is also surrounded by greeny mountains by offering a naturally rich picture. The harbor is always busy with charter yachts, ferries, cruise ships, and many more. Dolphin Discovery Tortola, Virgin Islands Folk Museum, J.R. O’Neal Botanical Gardens, and the Government House with British colonial architecture are the most highlighted ones.

On the other hand, since this is the commercial hub, there are eateries on Waterfront Drive.

Soper’s Hole in Tortola is a famous former pirate’s place. But now, it is a famous harbor with a lot of ferries and terminals. Since it is deep and sheltered, it has all the suitable features for a harbor. And also, this is historically an important place since the first Dutch settlers landed here in 1648. (Tortola British Virgin Islands) 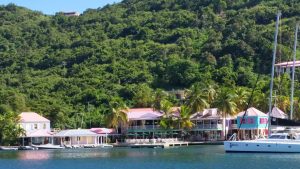 Sage Mountain is the first established national park from the entire Virgin Islands. Having the highest peak of the island, the park is located 305m above sea level. Mount Sage is the highest peak of all the other islands in the archipelago, with 523m. 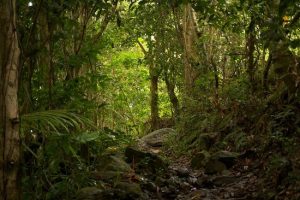 So, the hikers are also warmly welcomed to this park. Having two looped trails, they are filled with unique subtropical natural things with wildlife. For example, martens, kestrels, and hummingbirds like wildlife are there.

Locating 10km southwest of Tortola, Norman Island does not have inhabitants. And it is the largest inhabitant island out of all the Virgin Islands. But, the island is filled with snorkelers, swimmers, and sailors since this is ideal for all those things. (Tortola British Virgin Islands) 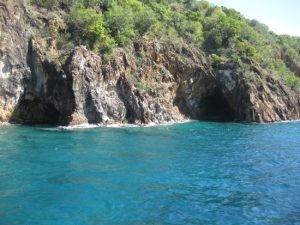 On the other hand, this island is known as the buried treasure since the people are believed to have underwater treasure caves here. Especially after Robert Louis Stevenson wrote “Treasure Island” by referring to this Norman Island, the belief expanded.

As a traveler, I don’t care about those treasures. The real treasure is the four caves that exist under the island are ideal for snorkeling and diving. So, I highly recommend you to travel and dive through these caves for a nice adventure. (Caves are long, around 24m).

Another one of the famous diving sites in the whole BVI is Santa Monica Rock. The site is located 1.6km to the south side of Norman Island. And it is a larger open ocean with different types of fish and sharks like nurse sharks. (Tortola British Virgin Islands)

Peter Island is the largest private island with 720 hectares in the archipelago. Locating 6.5 km away from Road Town in Tortola British Virgin Islands, Peter Island has a rich history. It has historical stories of slave trading, pirates, and famous explorers. But after all of these stories, a rich sailor bought this island. And he started Peter Island Resort and Spa.

Tortola British Virgin Islands is famous for its different kinds of water activities. And there are many watersport services offered by different hotel resorts as well. The watersports with fly boards, jet skis, standup paddleboards, and Hobie waves-like things are available to have fun with your colleagues.

As I explained earlier, Tortola Island cruise port Road Town is situated on Baughers Bay. Cruise tourists throughout the world attract to Tortola for cruise plans. But, I must say Tortola cruise port is not as busy as other cruise ports in the Caribbean Sea. 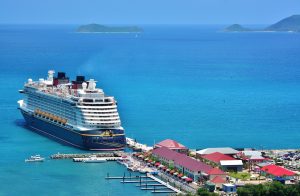 The Tortola cruise pier was opened in 2015. And further expanded to accommodate larger vessels. Since that time, Disney and NCL Norwegian cruise ships attract annually more than 500,000 tourists to Tortola.

Suggested Reading: Do you need a passport to cruise

The British Virgin Islands’ port authority handles all the cruises and tourists’ facilities at the Tortola port. The port has a berthing capacity for 2 large cruise ships at a time. And once the tourists come to the cruise terminal at the port, it has a walking distance to the Road Town city in Tortola.

There are some daily ferry services from Tortola port to nearby islands as well. (For example: to Cruz Bay in St. John Island)

On the other side, there’s “Tortola Pier Park,” which was opened in 2014. It contains more enjoyable items like restaurants, pier bars, shopping markets, boat museums, tourist kiosks, and many more. Actually, it is just like a waterfront marketplace or a shopping village. (Tortola British Virgin Islands)

Is Tortola Safe for tourists?

Do not try illegal fishing: Since Tortola is a beach island with many fish resources, people tend to fish more. But, there are very tough rules and regulations to protect the fish resource in Tortola. Therefore, if you travel there for fishing, then do aware of the correct rules.

Be careful of dangerous drivers when you rent vehicles in Tortola because some drivers are thieves. So, always use your hotel’s transportation or trustworthy transportation service.

Get rid of scorpions because scorpions are everywhere on the island. So, surely check your shoes when wearing them.

There are four major airports in the British Virgin Islands. They are:

Top 7 Swiss Foods You must try in Switzerland: The Food Guide